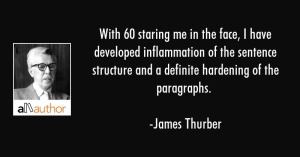 Sometimes there’s a hit- not the kind where you’re smacked- staring you in the face, but for some reason, many being paid the Big Bucks to identify these are looking elsewhere. Again, it’s more proof of a world continuing to be dumbed down. But thinking it’s being smart.

One has to only look at social media and the silliness that goes on in this pretty faked up world. Forget the numbers that don’t add up. No, let’s not.

Ever wonder why those with nothing going for them are seemingly so #instapopular? Does Instagram bother to rein in this buying of “popularity”? Does Twitter stop the selling of followers? Of course not. This would be bad for their numbers driven businesses. And so like every social media platform, all those lonely people are actually encouraged to buy “fame”.

Like gremlins, this habit-forming job of keeping up false pretences continues. For some reason, like a runaway train heading nowhere, it can’t be stopped. It’s too late from keeping it multiplying. It’s kinda like being hooked on crack.

When, like sheep, businesses believe they also need to belong to all this nothingness because everyone else is here, there and nowhere, what you have are budgets going into the hiring of deadweight- more layer upon layer of mediocrity- and all original thinking going out the window.

Nothing is standing out. Why? Because nothing is rarely coming from where it matters most: Heart and head. Sometimes, one’s loins.

Most everything is coming from somewhere trying to turn a creative product into an exacting science. It’s why so much music today is just more of the same. Formulaic crap produced on apps by “beatz makers” tinkering with samples. Ever sat there watching this “creative process”? Listening to all these readymade ingredients from GarageBand coming together to make one tinny lopsided cake?

21 Savage is today being talked about and on news channels because of his immigration problems. 21 Savage is facing deportation. Watch out for another hashtag. This publicity means his tracks are being played almost everywhere that his case is discussed. Now THIS is Heavy Rotation. You couldn’t buy this kinda “airplay”.

With Jay Z now throwing his power and financial weight behind the Rapper, 21 Savage has quickly gone from complete unknown to cause célèbre. 21 Savage had “arrived”. Arrived where? And while asking questions, why should anyone believe the numbers and “charts” trotted out by Spotify? Hang on to cynicism.

Everything suddenly becomes one. Like that awful song by Spice Girls. Looks the same, sounds the same and with the art of intelligent communication taking a bullet. It’s way too often Twitter talk or Wikipedia intelligentsia.

Last night, a young musical talent with the potential to succeed asked how many “likes” he would need to get attention.

It’s become a typical question from so many unknowns trying to get their music heard- before they even have a skeleton of work.

Other than telling him to just finish the song he’s been messing around with for close to two months and that procrastination is a dangerous beast, we talked about the recent successes of Baby Shark, and Marshmello and how nothing is quite what it seems.

How if over 15-16, forget about finding success on YouTube. Youtube is for kids and people who love the goofiest of things and cute animals, especially cats.

The music that is embraced on YouTube? Novelty hits like “Baby Shark” and fun, cartoon-type acts like Marshmello. Just maybe life has become one long, boring cartoon?

My young friend asked if there’s any chance for those writing and producing music with any depth. Tough question to answer. Though there will always be a place for a great song, because of the tsunami of shallowness out there and where the online and real worlds have collided and become one soggy bowl of mush, almost everything has gone off everywhere and nowhere. There’s really not much substance these days, is there?

In music, back in the day, other than the artists, there were the music guys who were great A&R people able to discover and nurture new talent- pioneers like Ahmet Ertegun, Jerry Wexler, both pictured below, David Geffen, Chris Blackwell, Berry Gordy and all the other legends.

The artists they signed up to their labels, the songs these musicians recorded live on. Why? Because it was and still is great music. Music from Sinatra with ARRANGEMENTS from the great Nelson Riddle and Don Costa.

There was “Take Five” from the Dave Brubeck Trio. Miles and his Bitches Brew. Everything from Pink Floyd, Joni Mitchell, Aretha, Ray Charles, Stevie Wonder and Marvin Gaye.

There are the songs of Lennon and McCartney, Bob Dylan, Bacharach and David, Goffin and King, Hoagy Carmichael, George and Ira Gershwin, Henry Mancini and Johnny Mercer. The list is endless.

Why aren’t there songs today as perfect as “Moon River”, “Somewhere Over The Rainbow”, or “Unchained Melody”? Where does one stop? But we did. Stop creating.

Who’s there today REALLY making a difference? Jay Z? Television programmes like The Voice? Simon Cowell? No, no, let’s not get into how and why Susan Boyle, certainly no unknown on television talent shows in the UK, became a “viral sensation”- the “unknown” and dowdy anti-pop star who “surprised” the judges on Britain’s Got Talent. Really? But most of the world bought the con hook, line and sinker.

The overnight success of Miss Boyle is probably the first time that the numbers didn’t add up. But those were more innocent times with Number Ones being able to be bought and choreographed everything accepted on television singing competitions. Randy versus Paula, the creation and introduction of Mr Nasty, the fake auditions etc.

It was scripted entertainment sold as being real. It was harmless shtick for television audiences. At least the world got something out of it in the genuine talent of Adam Lambert.

Today, this need for fake numbers and instant E! celebritydom has become a shortcut to fame- perceived fame while “Comfortably Numb” plays in the background.

Being in marketing and always looking at ways to push that creative envelope, what’s staring me in the face is everything I never wanted to be: a toadie. Giving up on what I believe to be part of some three ringed circus that I know is not for me.

What is for me? What has yet to be created. And this is when there’s a need to go back to when it was all about the truth and creating because of being inspired and not just giving up and joining jive. Doing the right thing.

Like Spike Lee has always done. Like every risk taker and truth seeker has done. Damn the torpedoes. Grow some balls. Become Django unchained. Go rogue.

One Reply to “IF IT’S STARING YOU IN THE FACE, THAT’S THE ANSWER”