My daughter Taryn was fortunate enough to work for Simon Fuller. It was for what was then his fledgling artist management company called 19. This was when the company was busy trying to break the very poppy UK group SClub7.

Actually, the pop group had made it. Kinda. They had their own television series. Rachel Stevens especially looked like making it as a solo artist. She had the looks. Something like a young Victoria Beckham.

Simon Fuller first arrived into the pop pantheon by managing the careers of the Spice Girls. All that wannabe Girl Power and different Spices for different pre-teens, especially, worked. For those times. It was very strategically manufactured pop that was much more McDonald’s than music. But formulaic Pop like this was happening. It’s what was to spawn similar groups like Atomic Kitten and the boyband called Blue. Guess Blue were the Spice Boys for their time. 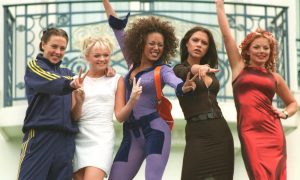 I first met Simon and British television personality Nicki Chapman over dinner at the Lobster Bar in the Island Shangrila Hong Kong. Good dinner, good conversation and the first time he met Taryn. She was holidaying in Hong Kong. A summer break from university in Brighton. She dropped off my door keys and left. There was a quick introduction to Simon and Nikki. A few days later while in Singapore on business for EMI, she called to say that Simon had offered her a job with 19. And what should she do? The question didn’t need an answer.

Simon, Nikki and I talked about SClub7 and how they might do in this region. How to break them. One idea was to associate the group with a series about learning English through pop music. I already had the name for it. Pop Goes English. Simon loved the name and idea so much he created a website for it.

What did I get out of it? Well, as he hired my daughter and had her involved in the production of his TV series called “Pop Idol” which became “American Idol”, I guess we were all square. How many teenage girls would have all that on their CV? Not many.

For various reasons, SClub7 fell apart. Rachel Stevens released a solo single. It went nowhere. So did “Pop Goes English”. SClub Juniors came and went. But no one talks about them. And other flops. It’s all about the success stories. 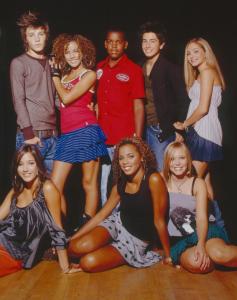 A couple of years later, working with us at EMI, Simon tried to get a television singing competition to find China’s first “Pop Princess” off the ground. But this dragged on and on.

An executive named Charles Garland who he had put in charge of the project was pedantic to the point of being tiring. We all probably tired of each other.

A few months later, the basic idea was “borrowed” and named “China Super Girl”. Or something like that. It was hugely popular in Mainland China. But missing was the huge USP of “China’s Pop Princess”: The chance for the winner to make it internationally.

Simon and I still keep in touch. But less and less. Guess there’s nothing we can do for each other. He did try to reconcile me with my daughter. Didn’t happen. Never will. These things happen. Not everything goes according to script. Happy endings are becoming more and more rare.

While being busy, especially with Brand Beckham, Simon recently re-entered the music business with Now United.

The story behind the group sounds very familiar. A global search bigger than Kong to find fourteen teenagers from around the world. Nodding off? The whole story behind this can be read by clicking the link below.

Simon Fuller is a very nice guy and one wishes him well. What do I think of Now United? Not much really. There’s a strong whiff of déjà vu. Like an old United Colours Of Benetton poster. Like Old Spice.

Maybe I’ve moved on. Maybe it’s just not relevant to me. The wrong demographic. But as someone still very much involved in music, it just sounds like a very old idea propped up by a big new business partner and really big money. But these days, big money isn’t enough. Simon Fuller and and his arch nemesis Simon Cowell are looking old. Perhaps even thinking old. Perhaps they should join forces.

Simon and Simon are kinda irrelevant. But so is the entire music industry. It’s going nowhere. Absolutely nowhere.

Maybe that’s because it’s in the hands of those past their Use By Date? But then again, the younger brigade are hardly about the music. They’re wannabe entrepreneurs who wanna retire in the Caribbean or wherever before 38. Their dream is about opening an IPO. With enormous funding from an investor group in Indonesia or Mainland China. Those who want to pay to play with the Western big boys. And this means buying up companies. Creating a portfolio comprising smoke and mirrors and cashing in by cashing out. Tencent. Spotify. So many others traveling downstream. So many swimming with the sharks.

It’s all about The Art Of The Deal. Being the Donald Trump Of The Music Industry. Which is kinda like being the anti Christ. But this is where we’re at. We’re attracted to the bollocks. It’s sexy.

It’s all about how good the con is. The smoke and mirrors. Numbers that add up to zero. Today’s consumer doesn’t care. They just take what’s given. No questions are asked. It’s about being docile.

Simon Fuller makes all the right noises about the streaming of music with which I agree. But what about this multicultural pop group? They look and sound like SClub7 x3. Like a Benetton poster seen twenty years ago. What’s the point? 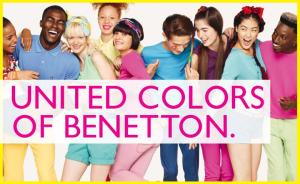 If it’s all about the song, this first song from Now United isn’t for me. It isn’t me believing it and that the group will go anywhere. Could be very wrong. But I doubt it. Despite the enormous amount of hype. It’s been heard before. It’s another SClub Juniors. Now United is Then United.