Two days earlier, a key player in sports entertainment, but with little or no interest in horse racing was offering their thoughts on the future of the sport- the main point being that the format has to change, or else there needs to be more options other than what’s offered today. This might sound sacrilegious to the old school and hardcore racing crowd, but his first thought was that there will be the day when there might be less races in a meeting without the thirty minute intervals. Of course, this is something asked by many who are new to a day at the races: Why can’t there be less time between races?

He next asked if a race meeting could “mix it up more” by having some races where only female riders competed against each other and other races where they would ride against their male counterparts. He wasn’t being sexist. Just thinking that this might have sponsorship appeal and create more on-course interest. There were other ideas, but ideas remain ideas unless being able to jump over various rules firmly in place, ignoring the joys of over-thinking and that refusal to change.

If not for the latter, cricket fans might still only be enjoying five day test matches with modern day Geoff Boycotts at the crease for five days. So when reading The Racing Post about something called The Series, mainly a sponsorship based idea emanating out of the UK featuring branded racing teams as in Formula 1, and a points systems, the reaction was a combination of, “Is this April 1?” and “Huh?”

Sponsorship and new sponsors being wooed to horse racing is something that’s been discussed here and the former Racingbitch blog for many years. Coming from advertising and marketing, it makes perfect sense. The problem has always been many sponsors being hesitant to have their brands associated with a product that has to do with gambling.

Can we see Red Bull joining The Series? Doubt it. Red Bull has a very different brand personality. Horse racing as a team sport? Isn’t the selling of slots enough? We’re now looking at scaling a new Everest with Sherpas wheeling in another Trojan horse with a condom? But, whatever. Let the petty squabbling in Australia continue with the usual suspects stirring the pot and opportunists jumping in headfirst and singing the same old song.

"To have the front page ad… extolling the virtues of The Everest and basically suggesting people shouldn't come to the Melbourne Cup, I think it's almost anti-Australian."

Some strong words from VRC Chairman Amanda Elliott, what do you think? #AfterTheLast pic.twitter.com/K2gNfKAsJw

At least the VRC has managed to attract Lexus to be the new sponsor or “principal partner” of what used to be the Emirates Melbourne Cup. But then, like BMW, the two different horsepowers, though a copywriting cliché, have usually worked together. The products somehow manage to co-exist.

.@Lexus has been announced as the new principle partner of the Melbourne Cup Carnival. It's a 5 year agreement and includes naming rights. To celebrate… Here's Francesca Cumani, racing a horse against a Lexus! 🐎@tennewsmelb @channeltennews pic.twitter.com/m5s1UontPD

Moving away from new ideas to make horse racing more consumer friendly and broaden its customer base, and looking at more realistic partnerships, now that the very charismatic Pakistan Star has passed the final test on his road to redemption after an extraordinary barrier trial yesterday under Joao Moreira, the erstwhile galloper with loads of personality and almost the Heath Ledger portrayed The Joker of horse racing, is being aimed for the 2000m Citi Hong Hong Gold Cup on Sunday week.

With the Brazilian ace committed to ride Seasons Bloom in the same race, his original rider- Matthew Chadwick- will be reunited for this race with Pakistan Star like a Peaches And Herb song. 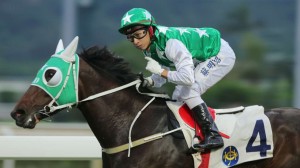 We couldn’t be happier. We’re huge fans and supporters of the local jockey who’s back riding with fire in his belly and a new wind blowing in his sails and really wish everyone connected with the horse only the very best. It’s been a long and strange trip that even Dr Hunter S Thompson couldn’t have predicted. 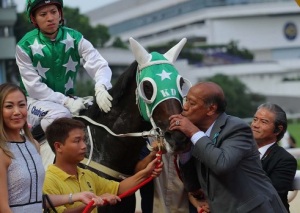 Trainer Tony Cruz says Pakistan Star is ready to “Rock’n Roll”, which is cool, man. And from what everyone is saying and writing, it seems that Hong Kong is about to see the new, improved model with everything that’s come before being test runs. Let’s hope so and keep any whiff of hype to a slow burn. But if and when our favourite horse our favourite horse wins, rock and roll we shall, daddy-o!

Though giving the meeting tonight a miss to spend Valentine’s Day checking out a relatively new restaurant in Sheung Wan receiving rave reviews called Potato Head, there are eight winners to be found and with us hoping to see apprentice Dylan Mo boot home a couple of winners before the arrival next month of Victa, The Mower Man- ten pound claiming apprentice Victor Wong who’s been riding down in Adelaide very successfully for the past couple of years. 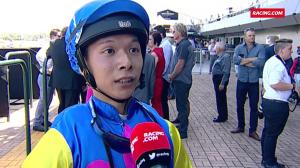 We’ll leave the tipping to the frightfully creepy Keyser Soze and wish everyone the best of everything and a more positive and forward looking Hong Kong to the one staring many of us in the face these days.

Even one of our favourite restaurants- Fish And Meat- has gone out of business. It just might be time to head to Sri Lanka and start a cult with some Danish and Lithuanian female followers feeding us baby coconuts on a deserted beach in Galle. 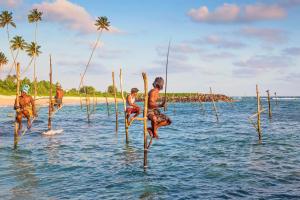